The realm of Marathas - MAHARASHTRA

Pay A Visit to Maharashtra

Maharashtra, the soul of the Western Ghats is the 2nd most inhabited and the 3rd largest state in India. The state is joined by the Arabian Sea and the main dialect is Marathi and Hindi. Resting in the western region of India, Maharashtra has been endowed with an abounding stock of natural resources and the importance of the 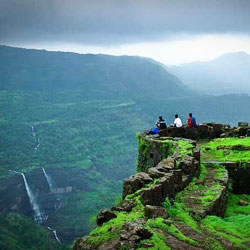 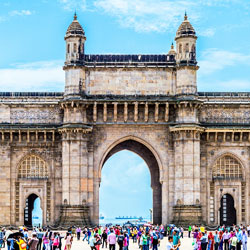 region has been explained in the ancient texts. The unique location of Maharashtra dwelled between the Arabian Sea and the Western Ghats makes the state a bio-diverse region rich in flora and fauna. The rivers that run through Maharashtra are Krishna, Godavari, Bhima etc. The state is also the richest state in India and contributes 13.3% of the country's GDP and 15% of the country's Industrial production. Therefore, it is a major state in India which has tons of places and attractions for exploration. These places count on their ancient castles, sprawling greenery, and unexplored paths among others, and make for an incredible retreat.

Once identified as 'Bombay', Mumbai is the largest city and the capital of Maharashtra. The city is often nicknamed the Manhattan of India and is a haven to the famous Indian film industry or 'Bollywood'. It is also the most populated city in India and the 5th most populous city in the world.

Located in the Western Ghats, Mahabaleshwar is a hill station, a famous summer retreat in Maharashtra. The origin of the Krishna River rests at an average elevation 1,353 meters above sea level. The water originates from a spout which is shaped like the mouth of a cow and is situated at an ancient temple of Lord Shiva.

Located at an elevation of approximately 800 meters above sea level, Matheran is another great hill station located in the Western Ghats in the state of Maharashtra. The city is famous for its cool and less humid climate and is a popular summer retreat. The British impact on the architecture is pretty apparent and is well conserved.

Titled after the Mughal emperor Aurangzeb, Aurangabad is one of the most prominent tourist places in Maharashtra. The city is famous for its historical monuments and the ancient caves of Ajanta and Ellora which are a national heritage site.

Located in the North-Western region of Maharashtra, Nashik is located on the banks of the river Godavari and is mentioned several times in Hindu Mythology. Nashik is famous for being one of the cities that host the Kumbha Mela of India once every 12 years. The town has a huge array of ancient Temples which are sacred and are prominent in the Hindu mythology.

Solapur is located on the Deccan plateau and enjoys a moderate and dry climate most of the year. The ancient temples and lakes are also a great place to visit in Solapur. The Siddeshwar Temple is an ancient temple built in the 16th century and is visited by an average of 35 lakh pilgrims in a year.

Dwelled on the banks of the Panchganga River, the city of Kolhapur is one of the Princely states of the Marathas. It is deemed to be the core of the Maratha Empire and is famous for its various historical monuments and cultural heritage of the Marathi people.

Alibag is a coastal town, and was expanded under the Naval Chief of the Maratha Ruler Shivaji. It is famous for its white solitude and cleaner sandy beaches than the beaches in Mumbai. The place can be covered in a day or two and there are plenty of budget-friendly and courteous accommodation facilities.

Pune, the realm of Peshwas, is a place of cultural and historical of significance since the era of Chhatrapati Shivaji Maharaj. Presently, it is an influential educational, cultural and economic hub in Maharashtra. Several places of historical importance in the city date back to the Maratha empire and some notable instances are-Shaniwarwada, Shivneri Fort, etc.

The best way to reach Maharashtra is through the airways. Mumbai is one of the major cities with both the domestic as well as an international airport. Both these airports are situated to the north which is reachable by taxis and buses. In total, 37 different airlines are available for the domestic and international routes. You can catch flights to destinations like the Middle East, Asia, Europe, Chicago, New York etc. Excellent facilities are being offered to the international visitors so that they can enjoy their trip to India.

Sahara International Airport is located 10 km from downtown and offers top notch services of exchange, immigration and baggage too. Once you move out of the airport, you will find taxis to reach your destination.

Mumbai is known to have a well-connected rail network through the western and central line. One of the busiest railway stations of Mumbai is CST from where you can easily get trains that travel on different routes. Trains that come from northern India usually arrive at Bombay Central. You can reach both the stations by hiring taxis or through the city buses.

The city buses of Mumbai are considered to be the best option to explore the local areas. Most of the buses terminate at the Asiad Bus Stand which is located at Dadar. Being on the national highway route, Mumbai is connected to all the cities and towns so you can definitely find excellent bus facilities to reach Mumbai. NH 3 route is connected to Gwalior and Indore while NH 8 route leads to Ahmedabad and Delhi. Through NH4 route you can head towards Pune. Mumbai is also a trading hub handling about 1/6th of the total Indian trade. You can also try the ferry service with this facility being available at the Ferry Wharf located at the Gateway of India or Prince's Dock. There is a separate railway line which connects the central as well as the western railways through the railway yard.

As many cities of Maharashtra are located on the banks, therefore you can easily reach there through ships. Apart from being a major international port, Mumbai also has minor ports as well. Therefore, if you are looking for a fabulous experience, you can take the sea route to reach Mumbai and other destinations.