Pay A Visit to Madhya Pradesh

Ideally regarded to as the 'Heart of India', Madhya Pradesh is appreciated for its royal forts, breathtaking landscapes, exciting wildlife, caves, and temples. Reasonably why this pivotal state of India is explored by national and foreign adventurers throughout the year. The second largest state in India is estimated to 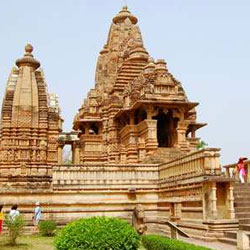 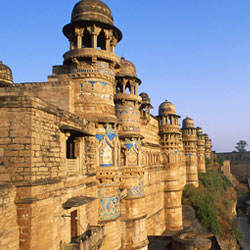 be conquering the most ancient land in the Indian subcontinent known as Gondwana.

The magnificent account of the state is apparent from the remarkable architecture of the former era. Explore the length and breadth of Madhya Pradesh to get an insight into the antiquity, and marvel at the skills of the artisans of the bygone era. Madhya Pradesh attracts visitors with well-preserved residues of its compelling memoir. Its multiple deserted cities provide an intriguing insight into the past so contrary to the overcrowded India of now. Madhya Pradesh, the beating heart of India with the vast tourist places ignites the enthusiasm in the soul of the wanderlusts.

Orchha, a colonial town is the former capital of the Rajputs of Bundela has some amazing forts & temples that reflect the immaculate Rajputana architecture. Appreciate a photogenic sunset over Betwa, and visit other key attractions, such as Orchha Fort, Raja Ram Temple, Raja Mahal, Chaturbhuj Temple, Orchha Wildlife Sanctuary, Palki Mahal.

Rested on a cliff, Mandu – or Mandavgad – is a paradise for history enthusiasts, and is recognized for some astonishing architectural brilliance. Exploring the majestic temples and impeccable artwork of ancient temples.

Gwalior is one of the prominent tourist hubs that is rich in art, culture, and history. The city is an eminent part of Madhya Pradesh tourism and showcases a perfect blend of architectural wonders and historical milestones. The most popular tourist attraction of the city – Gwalior Fort – is ranked among the best forts in India.

Located on the bank of River Saraswati, Indore is one of the largest cities in the state. The city boasts of its rich heritage, historical monuments, and their incredible architecture. The financial capital of Madhya Pradesh own the key attractions, such as Lal Bagh Palace, Central Museum, Patalpani Waterfall, Ralamandal Wildlife Sanctuary, Tincha Waterfall, and Indore White Church.

Cherish the natural beauty and the spectacular surroundings at Pachmarhi. The charming & delightful hill station is an ideal escape from metropolitan hassles. The mesmerizing lake, the alluring waterfalls, and the stunning cave art are the major attractions.

Raja Bhoj International Airport in Bhopal and Devi Ahilyabai Holkar International airport in Indore provide both domestic and international flights. Moreover, Gwalior, Jabalpur, and Khajuraho have flight connectivity to all major cities of India like Delhi, Mumbai, and Hyderabad.

The major train stations in Madhya Pradesh are Bhopal, Indore, Katni, Jabalpur, Ujjain, Khandwa, Itarsi and Ratlam. These train stations are well-connected to other major cities of the country like Delhi, Mumbai, and Pune.

One can also reach Khajuraho from Mahoba junction 75kms away. To reach Bandhavgarh, Katni Railway Station is the nearest.

Madhya Pradesh is easily accessible by road from nearby states and cities. Interstate bus services are available from several cities and town.