Pay A Visit to Kerala

Kerala, in south India, is a slender coastal strip is shaped by its layered landscape: almost 600km of glorious Arabian Sea coast and beaches. This coastal state is rich in glistening backwaters; and the spice- and tea-covered hills of the Western Ghats, distinctive traditions and culture, and lush unspoiled tropical beauty. 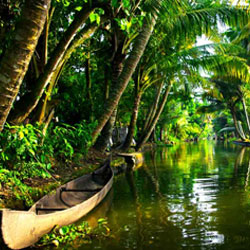 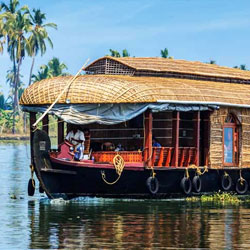 Vibrant traditions such as Kathakali plays, temple festivals, and snake-boat races frequently bring even the smallest villages to life. It's hard to deny Kerala's liberal use of the slogan 'God's Own Country'.

Kerala is the world away from the frenzy of elsewhere as if India had passed through the Looking Glass and become an altogether more laid-back place.

Known as the "Gateway to Kerala", Kochi is an enchanting city that's had an eclectic influence. Arabs, British, Dutch, Chinese, and Portuguese have all left their mark there. The architecture and historical sites in Fort Kochi attract most of the visitors to the area.

Wayanad is a bright green mountainous region that stretches along the Western Ghats. It has a great deal of scenic appeal. Abundant coconut palms, thick forests, paddy fields, and lofty peaks form the landscape. Due to the nature of its terrain, the area also has much to offer adventure enthusiasts.

One of the best places to get off the beaten track in India, the Kannur district in northern Kerala offers an ideal blend of secluded beaches and culture in the form of mysteriously masked spirit-possession they yam rituals (October until May) and hand loom weaving.

Kerala's Periyar National Park, in the Thekkady district, is one of the most popular national parks in southern India. One of the best things about the park is that it stays open all year round, even during the monsoon season. Periyar is known for its elephants, and 30-minute elephant rides through the jungle are offered.

Varkala beach is striking enough to take your breath away, with a long winding stretch of cliff and views that extend over the Arabian Sea. A paved footpath runs along the length of the cliff, bordered by coconut palms, quaint shops, beach shacks, hotels, and guest houses. Nestled at the bottom of the cliff is a long stretch of sparkling beach.

One of the most tranquil and relaxing things you can do in Kerala is taking a trip in a houseboat along the palm-fringed Kerala canals, known as the backwaters. Freshly cooked Indian food and chilled beer (buy your own and bring it on the boat) make the experience even more enjoyable. You can even spend the night out on the middle of a lake.

If you like tea, a visit to Munnar is a must! The surrounding region is renowned for its sprawling tea plantations. See tea being picked and processed, and try fresh tea straight from the gardens. There's even a tea museum. The area is blessed with the natural beauty of winding lanes, misty hills, and forests full of exotic plants and wildlife.

Most of the places in and out of Kerala are interconnected by 200 Railway Stations. Direct trains to Kerala can be availed from Delhi, Mumbai, Chennai, Bangalore, Kolkata and other major Indian cities.

Kerala is easily accessible by road from any part of the country through National Highways 17, 47 and 49. Directly connected by road with Karnataka and Tamil Nadu, the state of Kerala has a network between its important cities by a number of state highways and other metallic roads.

From Kochi, there are regular ships venturing towards the Lakshadweep Islands. Within the state, the backwaters of Kerala are not only a popular means of transportation but tourist attractions as well. Presently, these internal water navigation systems are the single most popular travel product of Kerala with its public ferry services, speedboats, and houseboats or ' Ketu Val lams'.